Science4You, the Portuguese Startup that leads the toy market

Science4You, the Portuguese Startup that leads the toy market 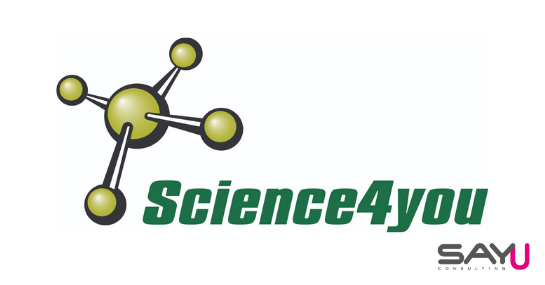 Headquartered in Loures, a space opened in 2015 by the former President of the Republic, Cavaco Silva, Science4you is a national brand born ten years ago. Is startup which develops, produces and markets scientific toys.

Science4You was born out of a fluke. In the last year of the Finance course at the Instituto Superior de Ciências do Trabalho e da Empresa, a professor handed Miguel Pina Martins a bag with folded papers. He took out one and got to know the theme of the company that he would have to create for the final degree project. It happened to you kits of Physics. Together with seven colleagues, they designed a scientific toy company exploring a partnership with FCUL in Lisbon. They had 17 values.

In addition, Miguel still went through the bank before deciding to explore that idea. He invested 1.125 euros in savings, received 55 euros in venture capital and founded Science4You in February 2008. At first he did everything himself: he created toys, designed boxes, managed accounts, sold products and delivered orders. Afterwards, he hired someone to help him nine months later.

There are currently 90 workers in Lisbon, 10 in Madrid, where they opened an office in 2011, and four in the delegation they have had in London since 2013. At the same time, with the limitations of the Portuguese market, the only way to continue to grow was internationalization. The first destination was Spain.

The brand that has become the market leader in the field of educational and scientific toys highlighted in Startup Magazine.