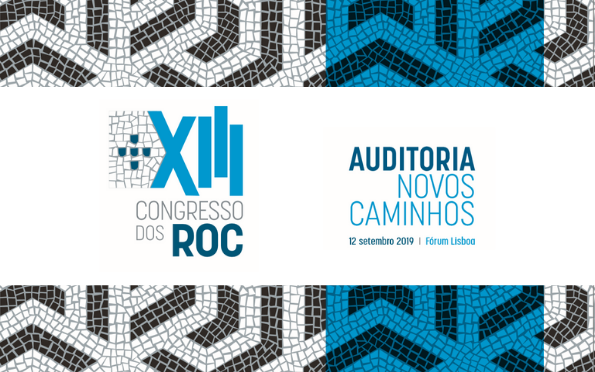 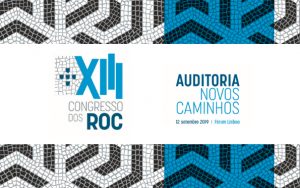 The Statutory Auditors (ROC) will meet at its XIII Congress to reflect on the new paths. With the Finance Minister at the opening and the Economy Minister at the close, the event brings together keynote speakers for an unavoidable debate.

Lisbon, August 19, 2019 - The Order of Statutory Auditors (OROC) organizes on September 12, at Forum Lisboa, in Lisbon, the XIII Congress of ROCs. The event has the theme "Auditing - New Paths" and the development and new technologies, cybersecurity and globalization are some of the issues highlighted, in a program marked by the participation of speakers of merit recognized at a global level.

The future of the economy and finance will follow paths determined by technological and social evolution and OROC works so that the audit is ahead of the paths, possibly unknown, presenting solutions and providing answers to the constantly evolving and changing problems and questions.

Every three years, the ROC Congress has positioned itself as the reference event for reflection on the most relevant themes and in its XIII edition, on September 12, it has a panel of speakers that dispenses with presentations and ensures that the discussion to take place at this event is unavoidable.

The opening of the XIII ROC Congress is the responsibility of José Rodrigues de Jesus, President of the Order of Statutory Auditors, in a panel that also includes the interventions of Professor Mário Centeno, Minister of Finance, of Dra. Gabriela Figueiredo Dias, president of the Commission the Securities Market (CMVM) and the Director Ernesto Cunha, Vice-President of the Court of Auditors.

To discuss the topic Development and New Technologies a panel composed by Professor Fernanda Ilhéu, Researcher and Professor at ISEG, Father Afonso Seixas Nunes, Jesuit Priest and Lecturer at the University of Oxford and Professor Arlindo Oliveira, President of the Instituto Superior Técnico, are confirmed.

After lunch there is a discussion Corporate Governance, Cybersecurity and Globalization with Professor Nadim Habib, Professor at the Nova School of Business at Universidade Nova de Lisboa, Admiral António Gameiro Marques, Director-General of the National Security Office and with Nicolau Santos, President of LUSA and journalist.

The next panel, composed by Dr. Isabel Ucha, President of Euronext, Dr. Francisco Miranda Rodrigues, President of the Portuguese Psychologists Association and Alan Johnson, Vice President of the International Federation of Accountants (IFAC), will address the theme Markets, People and Information.

Like the opening, the closing is the responsibility of José Rodrigues de Jesus, President of the Order of Statutory Auditors, in a session that will also include the interventions of Óscar Figueiredo, Coordinator of the Organizing Committee of the XIII Congress of OROC and Professor Pedro Siza Vieira, Deputy Minister for the Economy.

According to the President of the Organizing Committee of the XIII Congress of the Order of Statutory Auditors (OROC), "in times of volatility and constant changes in the global economic and financial reality, it is the role of auditing to strengthen organizations and help develop economies ”. The XIII OROC Congress is the “Privileged stage for sharing experiences and knowledge with an impact on the approach of current and future audit risks, whether from private companies or public entities”. The President of OROC, José Rodrigues de Jesus, reinforces remembering that OROC has “Invested in best practices and wants to share that effort with all agents with responsibilities in the quality of information”, insists that we must "Walk together".

Registration for the XIII OROC Congress, open until September 12 and at a cost of 100 euros, can be made using the registration form that is on the OROC website - http://www.oroc.pt/ - and sent to sec.orgsocial@oroc.pt  or to  XIIICongresso@oroc.pt. They can also be made by calling 213 536 158. 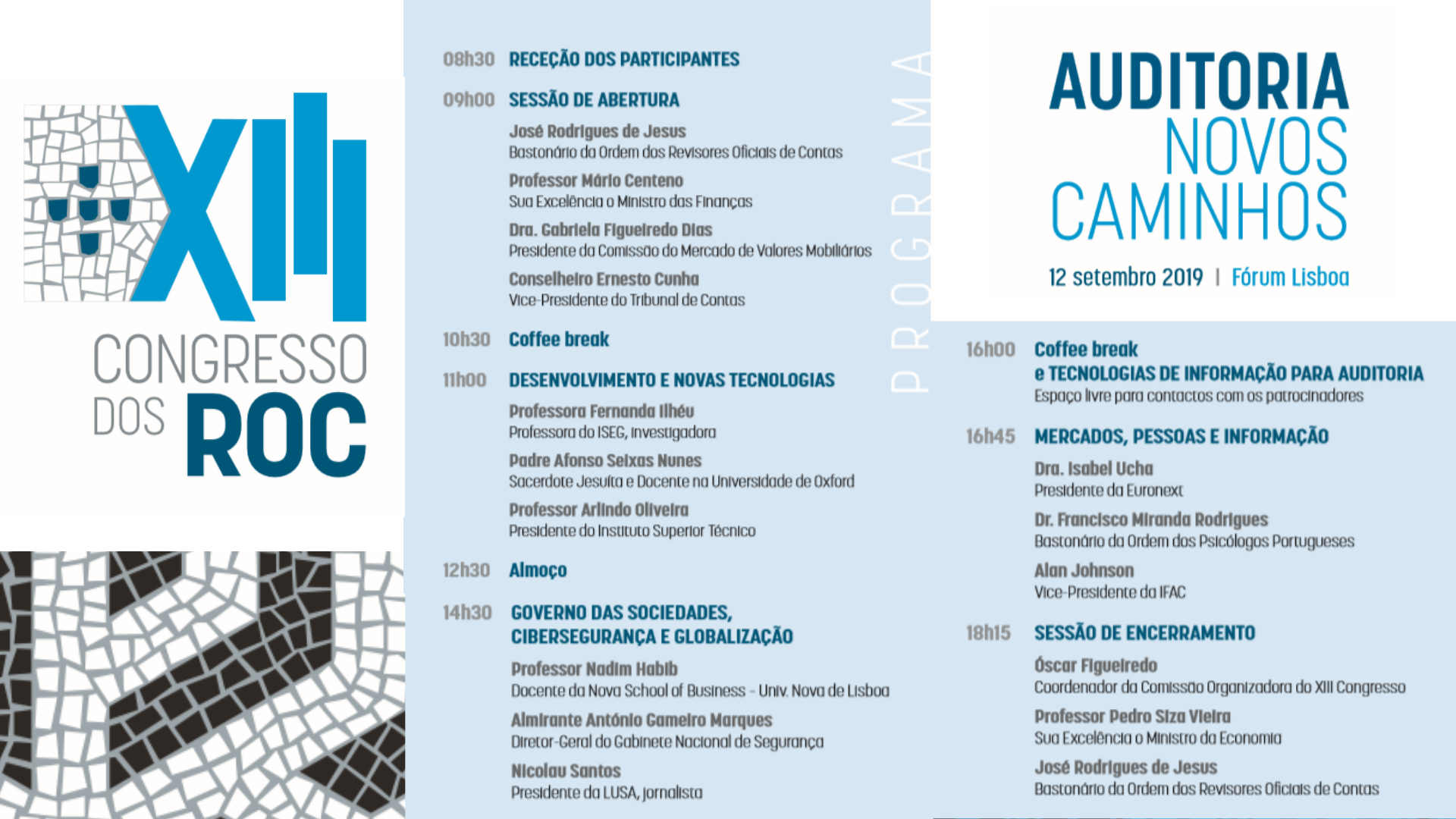