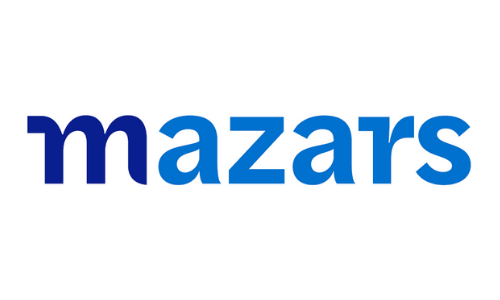 Private Equity are optimistic and looking for opportunities in 2021 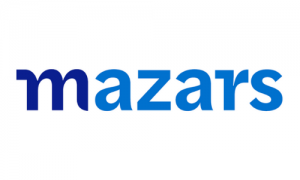 Mazars, an international audit, tax and consulting company, launched the study “Covid-19 and the world of Private Equity: optimism in an uncertain environment”, which measures the trend of investors in the institutional financing market.

The study concludes that the investor market is, in general, optimistic and focused on new opportunities, and comfortable in concluding deals remotely. Respondents expect revenues to decline less severely over the next 12 months, with a U-shaped recovery and shorter delays in their exit strategies than previously anticipated.

Conducted in December 2020, the respondents are part of the Private Equity and Private Debt community, mainly located in Europe, Asia, North America and South America. The survey follows the report by Mazars in June 2020 on the same theme.

Stéphane Pithois, Mazars Global Head of M&A, said: “The second edition of our study confirms and reinforces the sense of optimism for which the private equity community is known. In an uncertain environment, investors have been resilient and are looking for new opportunities right away, while settling in remote working conditions. If the political environment remains stable and capital continues to be made available, then we can expect private equity to continue to actively seek investment opportunities. ”

More than nine out of ten seek investment opportunities

Approximately 91% of respondents say they are “very open to business” and looking for opportunities to invest in new businesses and scale platforms with acquisitions bolt-on. This compared with 74% in June.

Asked what best describes the fund's strategy for the next 12 months, 39% of respondents say "focus on the source of new opportunities". In other words, nineteen points above the results of June. As for the number of funds that say they are focused on managing loss in existing portfolios, it stands at just 10% in December 2020, against 24% in June 2020.

Revenues to fall, but to a lesser extent

While the majority (63%) of respondents still anticipate a U-shaped recovery (compared to 82% in June), the number of respondents who expect a V-shaped recovery has increased significantly from 10% to 27%. This increase in optimism is expected to be the result of the availability of vaccines from the first quarter of 2021, along with government measures to support companies.

The “other” most common response other than U or V was a K-shaped recovery, which occurs when different segments of the economy recover at different rates after a recession.

Investors are now more comfortable working from home than they were in June; 89% of investors say it is possible to conclude deals remotely, against 88% in the previous survey. More than a third (37%) of respondents now see business completion from home as “'business as usual“, Which is 23 percentage points higher than the conclusions of June. Only 11% say "it is not possible" to conclude business from home, a percentage point lower than in June.

Just over half of respondents (51%) expect to delay their exit strategies for the next 6-12 months or more. In other words, 28 percentage points less than in June, when 79% of respondents said that their exit timings would be postponed. This also indicates an increase in the level of optimism that appears in the second half of 2020.

The majority of respondents (65%) believe that their government responded well to the pandemic (vs 51% previously). However, a significant proportion (20%) still considers it too early to make a statement (vs 31% in earlier). The percentage of participants who feel that their government did not respond well fell from 20% to 15% in the last poll.

As in the last survey, most of the participants were from investment funds. leveraged buyout e growth capital, which represents a total of 75% of the total respondents. Other respondents came from venture capital, distressed ou private debt funds. Survey respondents were mostly located in the United Kingdom and Europe (84%), with the remaining respondents in Asia (6%) and the Americas (1%).

Most of the surveyed investors held a fund of between 0 and 500 million pounds. The most common size of the fund was £ 51 million (37%), with the second most common being less than £ 50 million (33%). These two dimensions of funds represent around 70% of respondents.

Mazars is an international and integrated partnership, specialized in auditing, accounting, consulting, taxation and legal services *. It operates in more than 90 countries and territories worldwide and has the experience of over 42,000 professionals - 26,000+ in the Mazars integrated partner and 16,000+ via the Mazars North America Alliance - to support customers of all sizes at all stages development.