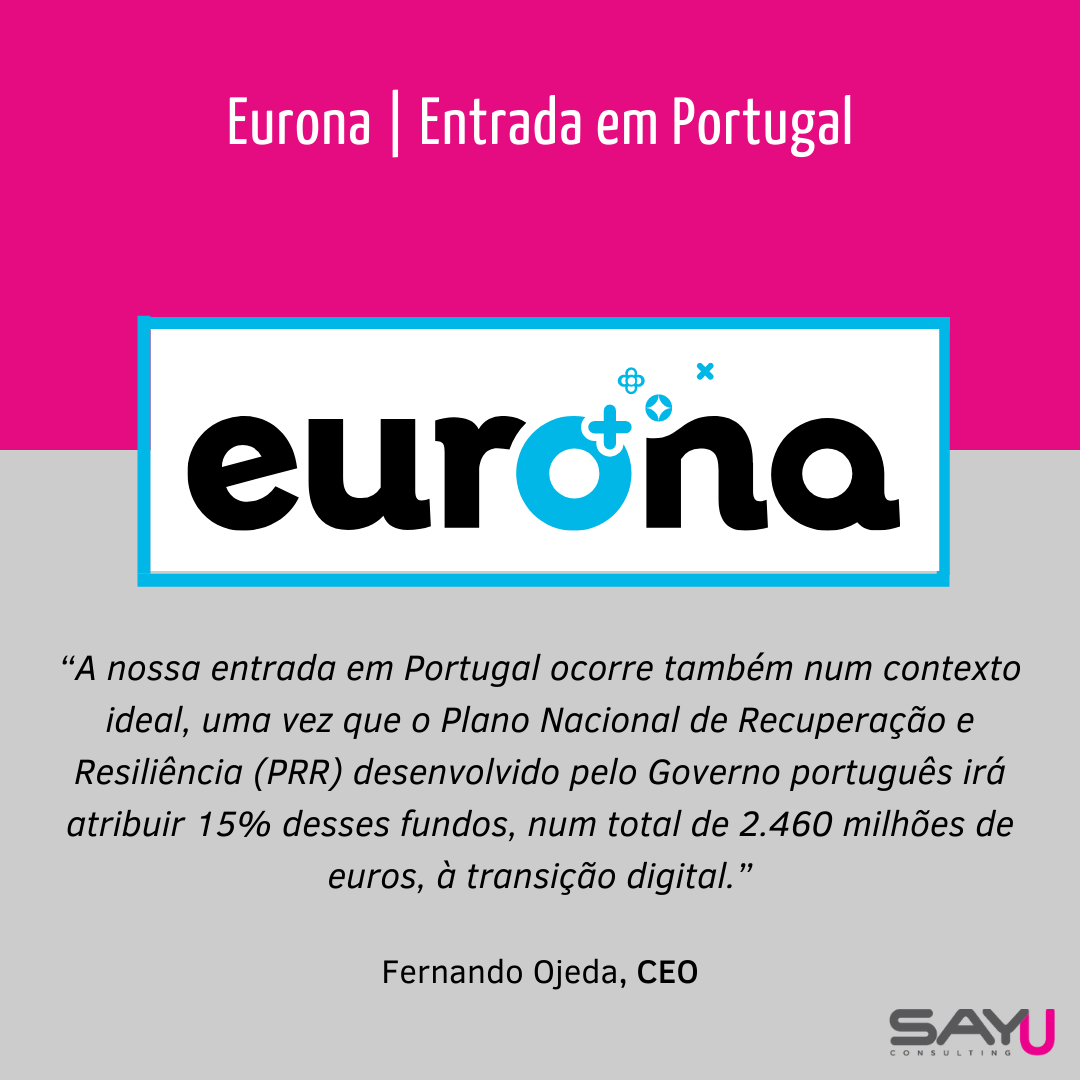 Madrid, September 6, 2022 – Eurona, a company specialized in connectivity services and solutions for rural and remote areas, took another step in its international expansion plan with the entry into the Portuguese market. The objective is to grow in the residential sector and take its satellite Internet service to places with no connection. 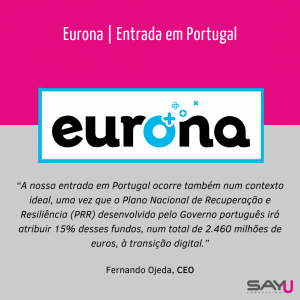 Eurona's growth strategy in the Portuguese market, which aims to increase the number of customers with a 100 Mb satellite connection, does not start from scratch. It is based on the strength in the market of other already consolidated operators with which it maintains a close collaboration.

This is the case of Eutelsat, a French telecommunications company that owns 39 communications satellites, and with whom it signed an agreement last June, through which it transferred over a thousand customers in the Iberian Peninsula to Eurona.

In this way, Eurona wants to replicate in the neighboring country the strategy it has carried out in Spain, where it is the first operator to offer 100 megabyte satellite internet. Its objective is to bring connectivity to rural, isolated and remote areas of Portugal, thus reducing the digital divide that continues to act as a brake on economic and social progress.

According to the “Fixed Broadband Report: Connectivity in the OECD Metrics”, prepared by the consultancy The Competitive Intelligence Unit, 18,7% of the Portuguese population, almost two million people, do not have 100Mbps Internet access. This digital divide does not only affect individuals in the neighboring country, but also small and medium-sized companies.

A context of opportunity

Eurona is confident that its expansion strategy in Portugal will be favored by the fact that Portugal is one of the countries with the best frequencies in the range of speeds over 100 Mbps, similar to those in Spain, and, in Europe, only behind Sweden and Belgium.

According to the CEO of Eurona, Fernando Ojeda, “our entry into Portugal also takes place in an ideal context, since the National Plan for Recovery and Resilience (PRR) developed by the Portuguese Government will allocate 15% of these funds, in a total of 2.460 million euros, to the digital transition”.

Eurona's entry into Portugal is part of the company's international expansion plan, which has more than 40.000 customers in Latin America, Africa and Europe, a continent where the neighboring country now joins Spain, Italy and Ireland.

About Eurona
Eurona belongs to the Global Satellite Technologies Group, specializing in connectivity solutions and services with over 15 years of experience. It has a network of 150 professionals and more than 40.000 clients in Europe, Africa and Latin America offering a connection with global reach, whether in remote areas, public spaces, urban areas, land or even on the high seas. It currently has the support of its main shareholder, the North American fund Magnetar Capital, and is in the 'Top 10' of telecommunications operators in Spain. For more information: www.eurona.pt.